Some of the worst places for speeding tickets in New England

Police in some states frequently write speeding tickets and make it as hard as possible for motorists to avoid them. They also impose 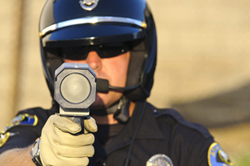 particularly large penalties. This is true of several states in New England; relatively low crime rates allow police to spend many hours catching speeders. They often target drivers from other states, so it’s crucial to avoid speeding if you visit this region.

Although Massachusetts may not have the largest fines, the state’s court system makes it very difficult to appeal them. The filing fees required to contest a ticket often surpass the cost of accepting the fine, according to Yahoo Autos. Forbes reports that the minimum penalty in Massachusetts is only $50. However, exceeding the speed limit by 25 mph will cost you an extra $150.

Connecticut is known for using numerous unmarked cars. Most of the state police vehicles have few or no markings. This makes it difficult to identify them without a radar detector. Police in Connecticut often drive unmarked Ford and Chevy sports cars as well. Truck drivers try to warn each other about these vehicles; they are known as “plain wrappers” in CB lingo.

Local police regularly operate clever “speed traps” in the small towns of Vermont. These villages don’t have many businesses or residents to generate tax revenue, so they make up for it by writing plenty of tickets. Wilmington and Island Pond are two of the state’s major speed trap zones. Motorists in rural Vermont must remain vigilant by watching for unmarked cars and sudden changes in the speed limit.

New Hampshire demands unusually high speeding fines. If you speed in the Granite State, AOL indicates that you may face a penalty of up to $1,000 on your first offense. Drivers should use extra caution in southern New Hampshire; Nashua and Manchester are known for their speed traps. On the bright side, the National Motorists Association reports that tickets remain relatively rare in the neighboring state of Maine.

Keep in mind that you can be ticketed for driving too fast in icy or snowy weather, even when you have not exceeded the limit. Tell the truth and behave politely if the police stop you. If you are lucky, the officer might only give you a warning. Consider appealing a ticket if you feel that it was issued unfairly. A successful appeal will cancel the fine and prevent your auto insurance premiums from increasing. That’s right, the other downside of a speeding ticket is the effect it has on your insurance rates. Even a first time ticket can affect rates so make sure you observe speed limits and avoid this needless, costly experience.