The Importance Of Cyber Security Protection 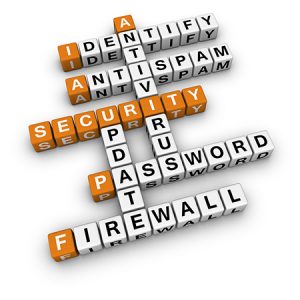 Cyber security has been getting a lot of attention as of late. But why is that? It wasn’t long ago that it seemed cyber security was something only those in the tech industry had to concern themselves with. But times have changed! Where once business leaders saw cyber security as the responsibility of their IT departments, and didn’t give it a second thought, views are starting to change. It was once believed that as long as a firewall was set up, antivirus was installed, and necessary files were encrypted that everything was fine and that a blind eye could be turned to cyber security threats, leaving the bulk of the worry on IT departments and experts while the leaders focused on the business end of the company.

It’s likely you’re already aware that things have changed, and cyber security should be made a priority no matter the size of your company. Unless you’ve been living under a rock, you’ve heard from the various news outlets of the many data breaches and hacks that occur all the time, affecting companies both large and small. These occurrences often result in massive damage to reputations, cost lots of money, and bring a lot of negative media attention towards the victims of the attack.

If cyber security still isn’t on your list of priorities, continue reading and you’ll likely change your mind:

Before delving too deeply into why cyber security is more important than ever in this day and age, getting a feel for what role cyber security plays in a business is necessary.

Anything that your company uses that relies on an internet connection in order to send out and receive communications, or is even connected to a smart device or computer can be affected during the course of a cyber security breach. Some examples include:

The Cost Of Falling Victim To An Attack Is Increasing

One reason that’ll likely convince you of the importance of cyber security is just how costly cyber attacks have been for businesses that have had to deal with them. Some recent statistics state that the average cost of a data breach at a large company can be around $23,000! This usually is a gross underestimate of the true costs of dealing with the aftermath of a cyber attack against a business. There is not only financial damage that the business has to endure or remediation costs; Most company’s’ reputations are irreversibly damaged as a result of an attack.

Any company worth its salt has some sort of website or system that is exposed to the world that cyber criminals may use as a way to gain access to your internal networks and data. There is a lot to gain for a cyber criminal when they can successfully gain access to your data, and there is plenty of examples of sophisticated cyber attacks against large companies where the criminals were obviously well-funded and planned far in advance. Even some of the largest cyber security companies in the world have fallen victim; Deloitte, the largest cyber security consultant in the world has fallen victim to a cyber attack!

Well planned and highly sophisticated cyber attacks are becoming incredibly common. It’s in your favor to assume the worst and come to terms with the fact that at some point or another your company will be a target. Taking the necessary precautions and implementing adequate controls will aid will help increase response times when a cyber attack may have occurred and can aid in their detection, which will help minimize the disruption and damage that may be caused before it’s too late.

Hacking Tools Are Easier Than Ever To Find

With the hacking and penetration programs and tools becoming much easier to find and use, the threat of a cyber attack is much more likely. Companies no longer only have to worry about the most highly funded and skilled hackers, but also much newer and less skilled individuals and groups. It is easier than ever for a wannabe hacker to gain access to the resources necessary to launch a small scale cyber attack on a company.

With more and more of our devices becoming smart devices, with internet connections, more and more opportunities for cyber attacks are becoming available. These devices have been all grouped together as the Internet of Things, or IoT for short, and they are becoming commonplace in both the home and in the business environment. These devices offer us the means to more efficiently complete a variety of tasks while offering increased accessibility and much finer levels of control. With this uptick in use, many problems are becoming apparent.

If these IoT devices are not managed with care, any one of these newly internet-connected devices could be used as an entry point for cyber criminals in order to gain access to your business’s data and internal networks. It has been estimated that by 2021, over 27 billion of these IoT devices will be in use, so this potential vulnerability will be needing increased attention!

Cybersecurity Threats Are Increasing In Frequency and Severity

Building off our previous point, a report recently sent out that looked at IoT cyber security statistics found that over 70% of these new IoT devices were not using encryption when sending and receiving communications!

In another report, cyber attacks were discovered to be growing ever more rapidly over the past several years, with no signs of slowing.

With the frequency and severity of damage caused by cyber attacks and data breaches increasing at an alarming rate, the importance of cyber security protection is becoming apparent for all.

It is not only due to the increased risks and damaging consequences of a cyber attack that cyber security needs to be prioritised. Many new regulations are being put into place that are requiring businesses and organizations to take cybersecurity much more seriously or face the consequences of heavy fines and penalties.

The problem of cyber attacks and data breaches are not going to go away. All signs point to their frequency continuing to increase as time goes on. If you weren’t previously convinced of the importance of proper cyber security protection for your business prior to reading this, hopefully, you’ve come around and see cyber security for what it is; A vital and important part of any business plan for continued growth and success!